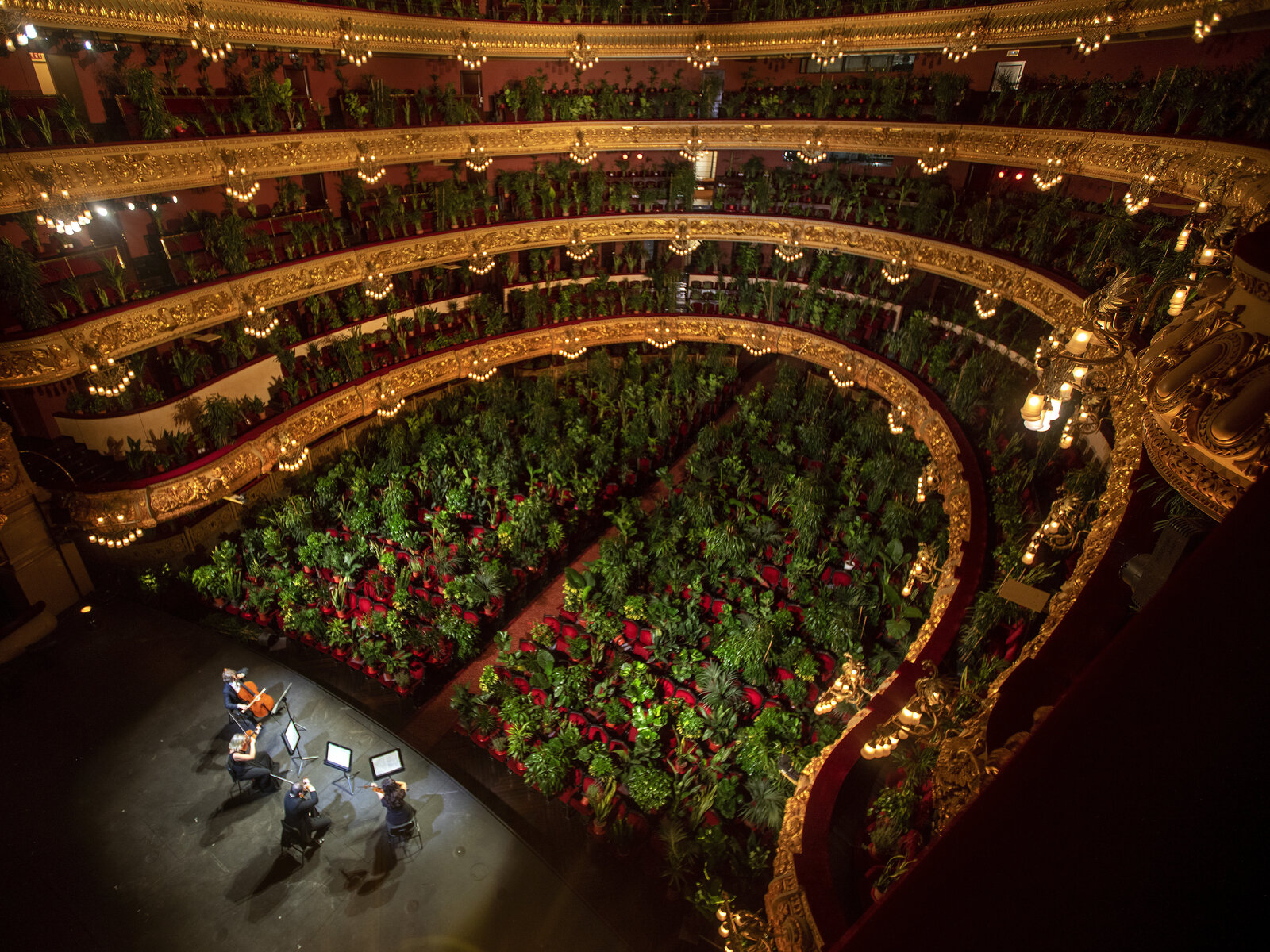 Now here’s how to use your planted audiences! Bravo! Brava!

Barcelona Opera Reopens With An Audience Of Plants

Talk about an organic performance!

Now here’s how to use your planted audiences! Bravo! Brava!

Barcelona Opera Reopens With An Audience Of Plants

Talk about an organic performance!

Despite headlines you may have read to the contrary, Spain did not just implement basic income. It is implementing a minimum income guarantee. [...]

Despite headlines you may have read to the contrary, Spain did not just implement basic income. It is implementing a minimum income guarantee. [...]

Your Eyes Aren’t Playing Tricks, This Poplar Fluff Burning in Spain is a Real Phenomenon 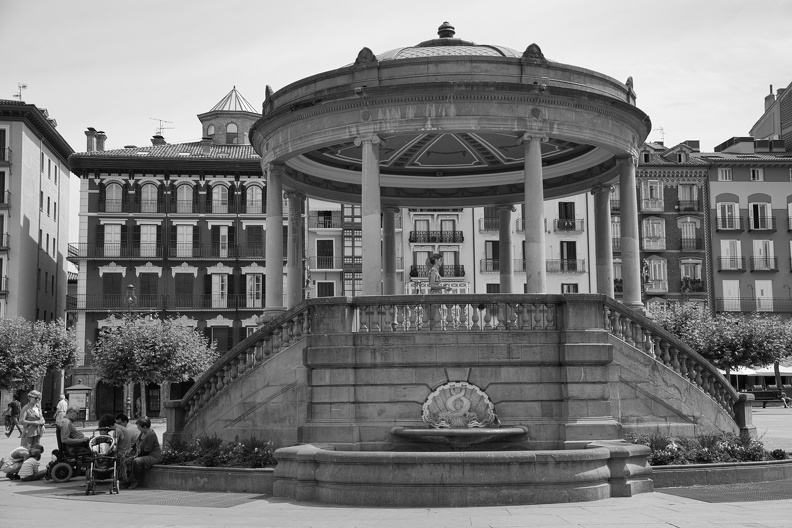 Khurram Wadee ✅ 2 months ago
In the macabre comparison of the #Covid-19 #pandemic, the #UK has now overtaken #Italy to be behind only the #US and #Spain in terms of number of infections. Meanwhile, #Russia is coming up on the inside fast.
#Covid #pandemic #UK #Italy #US #Spain #Russia #Covid-19 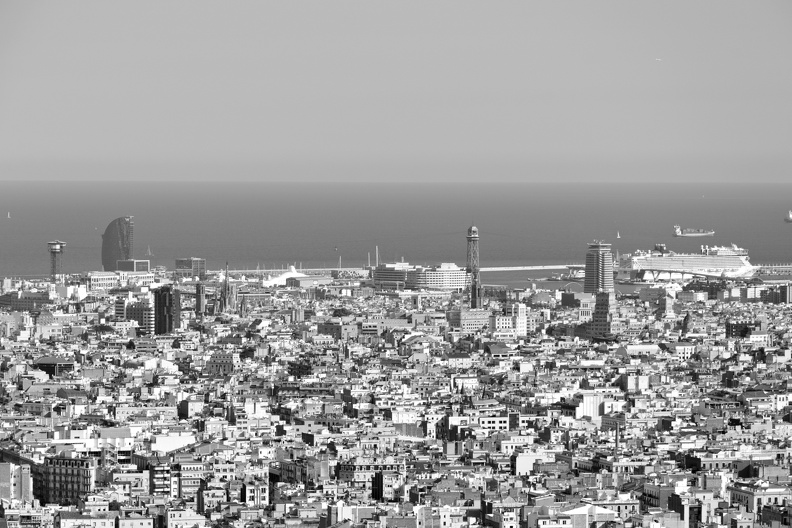 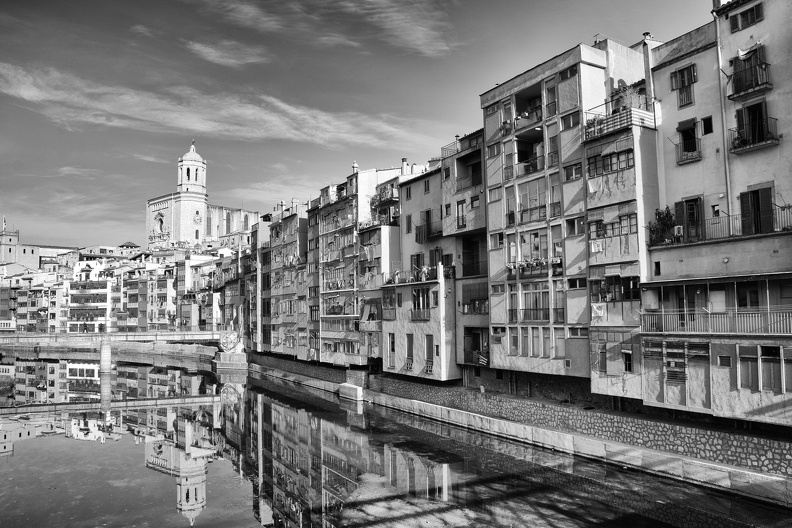 hackbyte 4 months ago from mobile

anonymiss 4 months ago from mobile

Listening to the Light

"Milladoiro is a music band from Galicia, Spain. Often compared to the Chieftains, it is among the world's top Celtic music groups"

Birne Helene 7 months ago from Feed 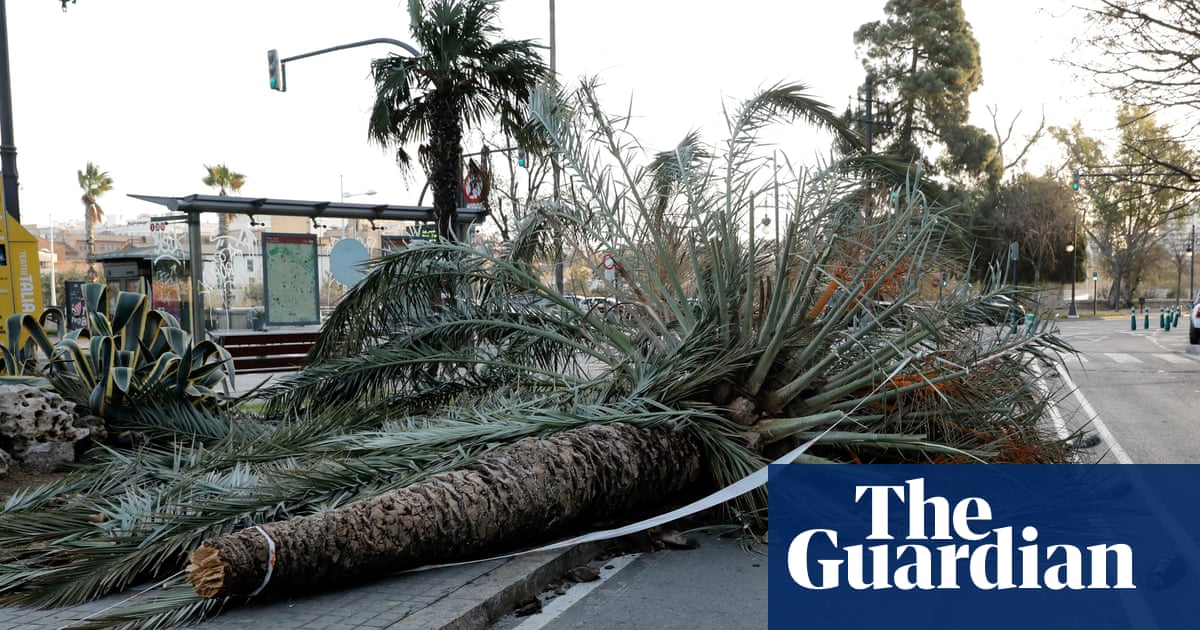 More than 110,000 without electricity as rail and air travel disrupted across the region

theguardian 7 months ago from Feed
More than 110,000 without electricity as rail and air travel disrupted across the region
Storms Elsa and Fabien leave nine people dead across Europe
#Europe #Spain #France #Worldnews

More than 110,000 without electricity as rail and air travel disrupted across the region

Steven Roose 7 months ago
So apparently right now in #Spain, ISPs were ordered to block access to #GitHub. I haven't seen a news article myself, but it seems to have been targeted at #Catalan developers, but somehow many more random developers are affected, perhaps GitHub is even blocked nationwide. I don't live there anymore but my friends there tell me. This is insanity. The government accidentally ordering ISPs to block all access to GitHub. I'd not be able to do any work that day. Or week. We'll see.
@enrique
#Spain #GitHub #Catalan @enrique @enrique@fosstodon.org 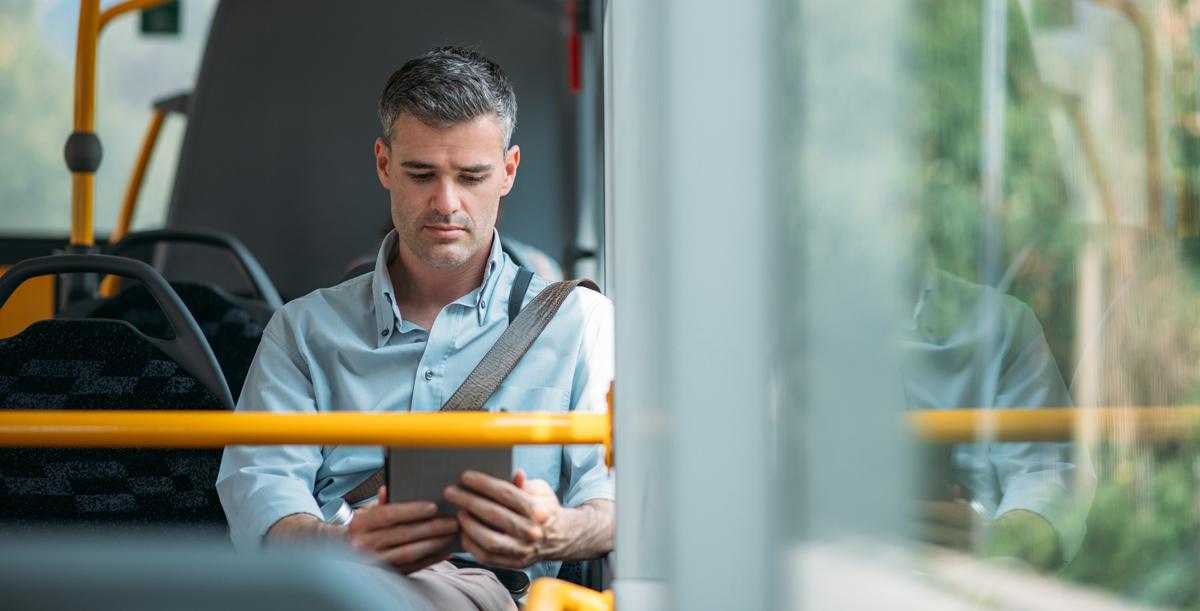 (What? An EU country censoring github? Are they going crazy? Oô)

What is at stake in Spain on Sunday is whether its enemies, opposed to Freedom and Life, will continue to govern or whether there will be a change.

Spain is asking ISPs to block certain domains (like https://t.co/8ObGvnAVNY). Set your DNS Server to the non-default one, (1.1.1.1 or 8.8.8.8 work fine) to skip this (yet another) lame attempt to block people's freedoms. #SpainIsAFascistState https://t.co/ByuhLLSfTn

Spain is asking ISPs to block certain domains (like https://t.co/8ObGvnAVNY). Set your DNS Server to the non-default one, (1.1.1.1 or 8.8.8.8 work fine) to skip this (yet another) lame attempt to block people's freedoms. #SpainIsAFascistState https://t.co/ByuhLLSfTn

The conference will be held at IFEMA - Feria de Madrid, #Madrid, #Spain.

Greta Thunberg 8 months ago
RT @PEspinosaC
The Government of #Chile, as incoming #COP25 Presidency, has informed me that they received a generous offer of support from the Government of #Spain to hold the @UN #ClimateChange conference in #Madrid on the same dates as originally planned. 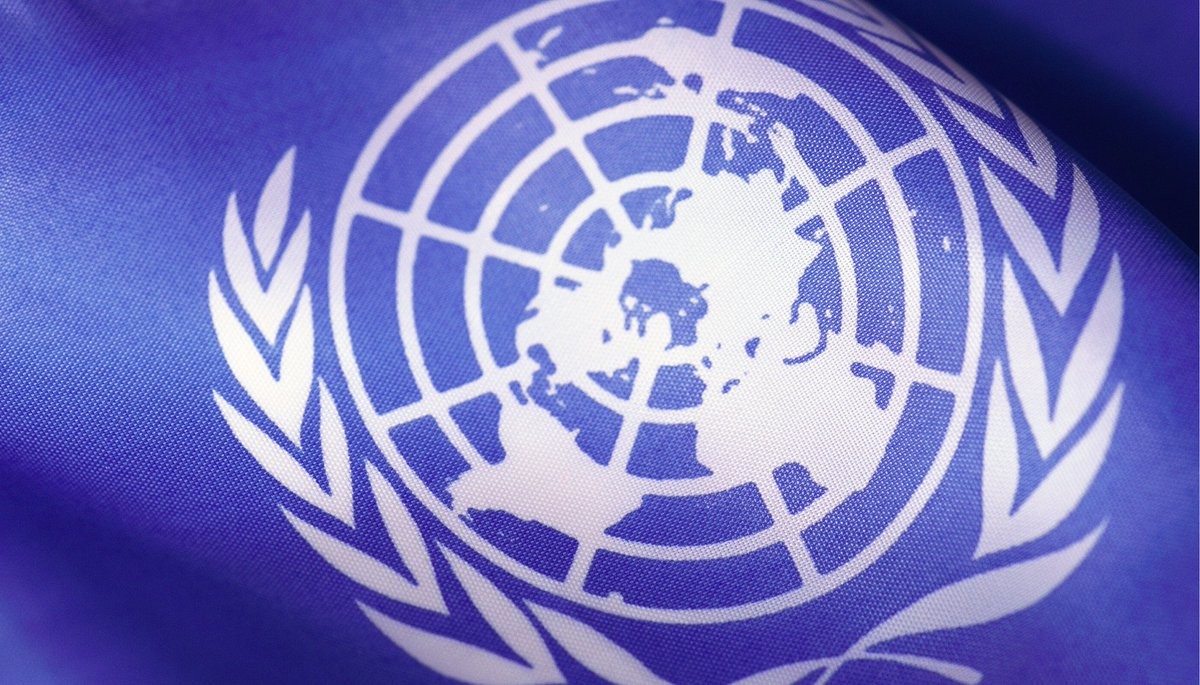 Censorship in Instagram: The photo of a plate of food is removed because of alleged "graphic violence": 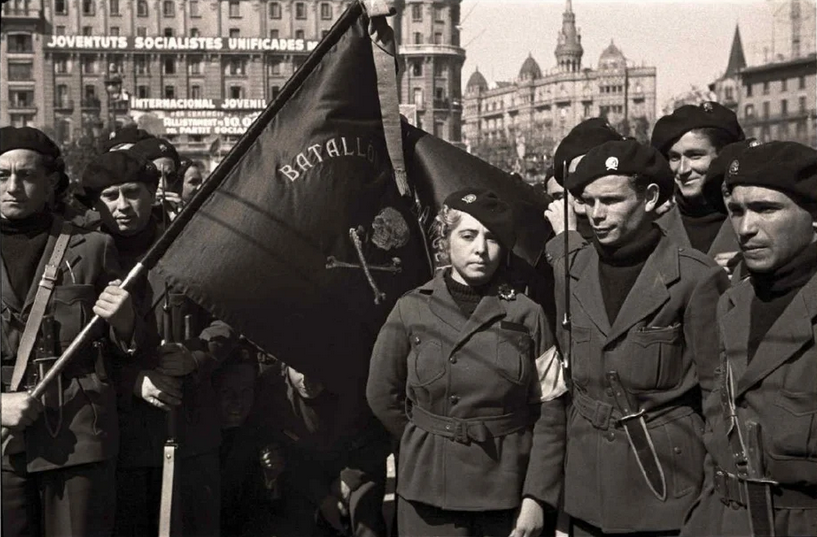 The Batallón de la Muerte was predominantly Italian, but with many of the international brigades, there were often others. BdlM was part of the CNT.

This is in Plaça de Catalunya in Barcelona. 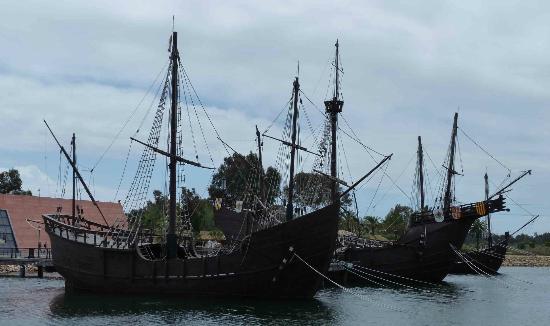 Some thoughts about the 12th of October

I have reading a lot of posts from USA Americans, Canadian and European People about this day. Many didn't know the history about Latinoamerican Countries, the heirs of the Spaniard Conquest, which are the true called to say their opinion. But anyway.

1. There are a lot of leftism in the current views about the thing that happened since the XV century related to America(s).

But the reality is that the Expansion began with the Portuguese reaching India through the African continent (146x) so, there will be a matter of time that any centralized State of Europe will reach the Americas in the XV or XVI. Remind that Vikings had done it in the XI century, but the lands they discovered weren't that useful for an extended situation.

2. Many of the deaths were due the sickness and plagues brought by the European than military or conquest

Like the pox, the virus of cold, etc. It could happen with all foreign person that reaches this land. The Arauco War (300 years of conflict between Mapuche and Spaniard) reached 200.000 deaths in all the time it lasted. But pox killed millions.

Do you think that the great empires are made just with good will? The aztecs had slavery. They had the flourished wars to get slaves and human sacrifices. And the incas subjugated people until they were stopped in the Maule Battle For the subjugated people to those great empires the Spaniards were saw as another guy but better than the current lords. And the Spaniards gave them better conditions.
There are two legends: the black, and the rose. Obviously the reality was a mix of those two. But, you should ask, if Latam were mostly mestizo blood,and that had not happened in the USA, in fact the stock aboriginal blood in a current american is 1% or less. Here the % is 40% aboriginal and 60% spaniard. In that % is obviously correct thinking there was some love between two groups.

Outside the War OF Independence, the only people that hates the Spaniard are the leftist just to kidnap and stimulate the aboriginal people to make civil wars or guerrilla warfare. They forgot we, are their sons too, and collaborating is the best way to reach the progress in our countries. We are mestizo. Not from any part, but sons of this land as the aboriginals that came from Asia or the Spaniards from the other side of Atlantic.

If you aren't a latam member, don't speak about us. You only repeat what others said, without reading our history. So, many of your info is bad, or just a meme. 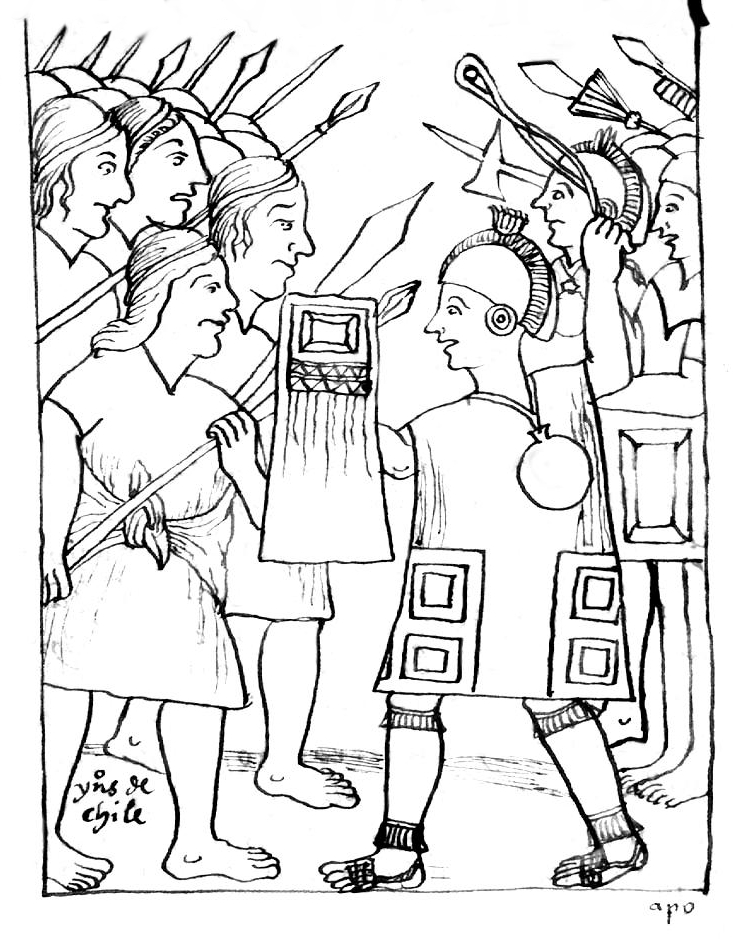 Battle of the Maule - Wikipedia

Room with a view

Footsteps in the sand