"The online social world where you are in control"

That is, "you are in control" only if you start your own pod. (Which is something that anybody with the know how and resources can do.) A podmin is free to run their pod more or less however they please. The majority of Diaspora users however do not have their own pods and are at the mercy of their podmins. Not to be alarmist, as most pods are being run fairly and competently, but there are a few notable exceptions that have distinguished themselves over the years.

You need to put some consideration into the pods you choose to sign up with. Not only does the podmin have the power to censor your posts/comments and delete your account, the podmin also has access to your private data, your email, contacts and private messages. They have a right to deny service to anyone they choose. There's no question, however some podmin have been known to be loose with the private info of users they personally disliked, even publicly disclosing a users email.

To all new here on this network, those of you who came seeking refuge from the censorship and political correctness of Google, Twitter, or Facebook. The following is a short list of pods that are opposed to the principles of free speech. These pods have been known to censor and ban users based on the personal bias of the podmin. Some of these have even been loose with the private data of their users. It is recommended that new people should avoid these pods.

[Update: Feb 18th 2019] #V3 - Four new cuck-pods have been added to the list. However, for the first time ever I have decided to remove a few pods from the list. The case against DiasporaBR was never confirmed, they were only under suspicion. Cryptospora was indeed a confirmed cuck-pod, but I am taking it off the list because this pod is now defunct. I have also removed Framasphere because the case against them was based on claims made by TrollMother (Nicolas Mouart) who turned out to be an untrustworthy liar. Since the podmin of Framasphere did assist Theaitetos by promptly deleting impersonating accounts on their pod, I have decided to give this pod the benefit of the doubt until further evidence is revealed. You can review the case against these pods by visiting the previous version of this list.

This pod makes the list for taking it upon themselves to decide what content their users should see and whom they can interact with. The iLikeToast pod accomplishes this by banning certain accounts from federating to their pod. So far accounts that have been confirmed to be shadow-banned are: Aropsaid@podricing.pw, Wolf@podricing.pw, Rottostein@diasp.eu, Prep@diasp.org, as well as various Charlie Primero and Theaitetos accounts. (There may be others that we don't know about yet.) Users of the iLikeToast pod will not be able to see any content from these banned accounts, including reshares of their posts by other contacts and comments in threads. (Resulting in broken conversations, where the user will be denied from seeing certain comments.) Blocked accounts can still see content from their contacts on iLikeToast and will be able to comment on these posts, however that user will never know they commented and no one else will see the comment. Private messages will also not send. This kind of shadow-banning censorship is extremely destructive to federation.

This new but already well-known pod was apparently created in response to the imminent shutdown of the GooglePlus social network. Pluspora was advertised on GooglePlus and brought a deluge of "G+ refugees" to the Diaspora network. Never before in the history of Diaspora has a new pod grown so rapidly. Although there are certainly some notable exceptions, it seems this pod has developed a reputation for being saturated with conformist establishment thinkers. (NPCs)

About 4 months ago the Pluspora pod began shadow banning the accounts of charlieprimero@russiandiaspora.org, theaitetos@diaspsocial.com, and count_hoopula@podricing.pw. (We have confirmed that the last post of Count_Hoopula's to federate to Pluspora was this one. It seems reasonable to assume this post was the reason the Pluspora podmin decided to block him.)

After we realized Pluspora was shadow banning Charlie and Theaitetos, they decided to do something rather unexpected. Both Charlie and Thea joined the Pluspora pod and created accounts there. Theaitetos began double posting all his content from Diaspsocial by copying and posting to his Pluspora account. [Example1] - [Example2] -Although this resulted in annoying double posts for the rest of the federation, it highlighted the shadowbanning because Pluspora only received one of each posts. After a bit of this, Pluspora decided to lift Theaitetos's ban.

Theaitetos continues to use his Pluspora account (theaitetos@pluspora.com) for reshares, although he has received warnings from the podmin over reported "gender-bias posts." Charlie Primero closed his Pluspora account (charlesprima@pluspora.com) after the podmin deleted several of his posts. In private messages Di Cleverly admitted to deleting two posts, but Charlie maintains that more than two were deleted. As of this writing cσυηт hσOρυƖα (count_hoopula@podricing.pw) remains shadow banned on Pluspora.

To their credit, it does appear the Pluspora admin are trying. Di Cleverly was prompt about deleting an account that was impersonating Theaitetos. I had also considered the possibility that the discrepancy in admitted post deletions to Charlie could have been due to a lack of communication between podmins. However shadow banning accounts is a sure fire way to land your pod on this list.

Podmin Muppeth deleted the account of Really Over (trailmaster@pod.disroot.org) after the leftist mob reported him for posting political content with which they disagree. Muppeth reviewed his stream and decided he was not welcome on their pod. While we do appreciate and give him credit for having the courtesy to contact the user and give them time to gather their data before being deleted, still for revoking service based on political content, the Disroot pod places itself on the side of left-wing censorship and joins the other cuck pods on this list.

Believe it or not the podmin of this pod (Vinzenz Hersche) actually asked to be included on this list. Whether he asked or not, I was still going to put the pirateparty pod on this list because he deleted without warning the account of theodeo17@thepirate.party, because he did not approve of the political content this account was resharing. Vinzenz Hersche is a typical leftist who rejects the ideals of free-speech. As such I recommend anyone who is not a leftist should avoid this pod.

This pod seems to be part of a larger internet company, run by Brian Ó who models himself as some sort of far-left "activist." He has expressed dissatisfaction with the standard blocking feature in Diaspora and has developed his own more robust workaround. Although he admits that it is a federation breaking feature (that would have philosophical objections,) he also tries to solicit it to other pods. His "workaround" completely blocks the content of targeted user's public posts as well as their comments. It also blacklists them for every user of his pod. The first user to be targeted by this more robust blocking feature was Theaitetos (theaitetus@diasp.org) followed shortly thereafter by White Dragon (gary_terry@diasp.org). In light of this, Gibberfish can not be considered a friendly pod to anyone who deviates from Brian's left of center politics. (It is also interesting to note that in this thread, he claims the reason he left Facebook was because he didn't like how it had become an "echo chamber." Yet now he has developed tools to make Diaspora his own personal echo chamber.)

This is an unfortunate addition to the CuckPod list, because for a long time this pod had a good reputation for supporting freedom of speech. No longer. In one night they deleted (suddenly and without warning) the accounts of three prominent dissidents. (theaitetus@diasp.org, gary_terry@diasp.org, and charlieprimero@diasp.org) -What is unusual in this case is that much of these user's comments on other threads (even threads from other pods) were also scrubbed. At this time I am uncertain if this is a new feature of the Diaspora software, or if this is some third party add on specific to this pod. (Possibly similar to Gibberfish's expanded blocking tool.) In the past when an account is deleted, that deleted user's comments remained in the threads where they've commented. The censorship agenda is going to new lengths to police speech on the Diaspora network. For their part in the suppression campaign, Diasp.org has earned their place here on the CuckPod list. The timing of these account closures is especially suspicious because earlier that day several dissidents (myself included) were having a private message conversation about the pods, diasp.org was mentioned as a being good option. This coincidental timing has left some of us wondering if the podmin at Diasp.org wasn't abusing his position to spy on private conversations. Either way, this pod can no longer be recommended to users who wish to challenge the mainstream political narrative.

Theaitetos was locked out of his account on this pod after the podmin (David Gianforte) was petitioned by several leftists to ban Theaitetos for comments he'd made on a suspected pedophile's #newhere post. The user phantomdoodler@diasp.org (who has since deleted his account) is alleged to have been using subtle pedo language and symbolism. (Supposedly including an avatar image of a baby under a rainbow.) At this time we are still gathering information on this case.

Nerdpol podmin participated in the impersonation and harassment campaign against Theaitetos. Alleged to have been loose with his personal info. Also deleted RastaDredd's (TrollMother) account without warning.

Another cuck pod. This one acts as a national pod calling itself "Diaspora Argentina" yet deletes the accounts of nationalists and right-wingers without warning and has even been known to make public their personal information. (https://diaspora.com.ar/posts/846253) (https://diasp.org/posts/9153227)

Deleted Ulf Ayirtahsk Berg's account for politically incorrect posts. They get a partial credit for having the decency to let him know first. Still they make the list because they're intolerant to free speech.(Keep in mind this list is subject to change as we continue to gather more information. If you have anything to add or see any need for corrections feel free to state your case in the comment section.) 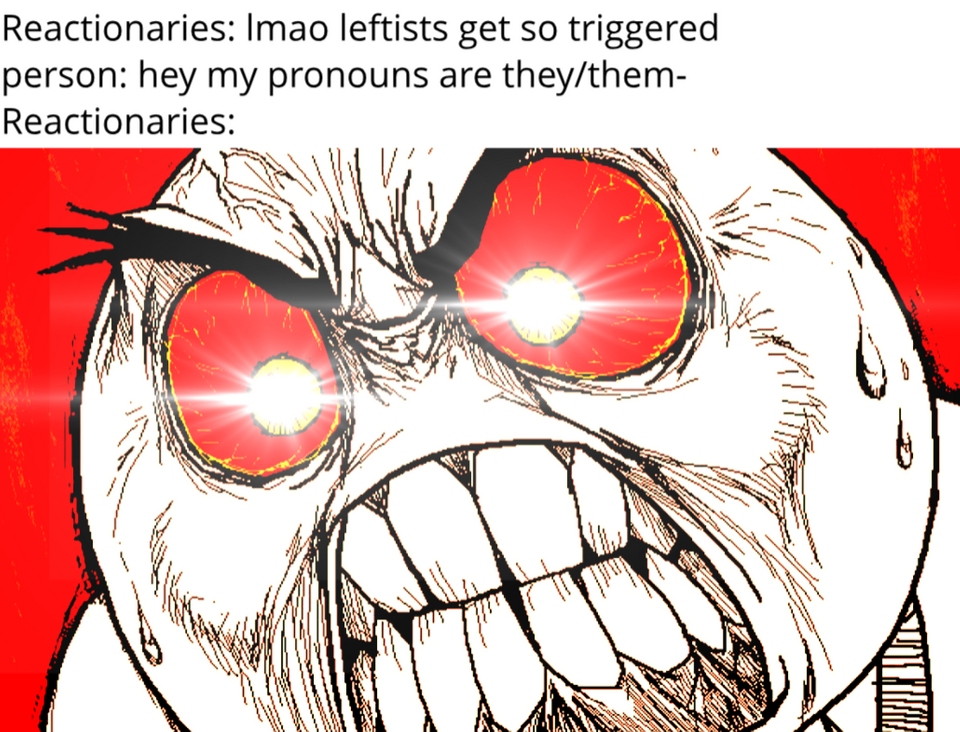 "FREE SPEEEEEEEECH!!!!!! (But only for myself and people I agree with)"

a list of tags where nazbol seems to appears, credit to Wolfy our diaspora idiot :

Waithamai Dragonqueen ✨ 3 years ago
Thank you podmins who stick to diaspora*'s social principles and community guidelines, and actively take care of your pods, your users, and their content. You help make diaspora* a place where users feel welcome and comfortable.

diaspora* provides every kind of creature - regardless of age, body size, disability, ethnicity, gender identity and expression, level of experience, nationality, personal appearance, race, religion, or sexual identity and orientation - the opportunity to connect in a decentralized social network. To help all of us to have the best possible experience on diaspora*, we envision a community which interacts respectfully.

diaspora*’s concept of a decentralized network allows no banning of members. Considerate interaction based on the ideals of the diaspora* community is therefore crucial to the wellbeing of this network.

As the diaspora\* community, we stand together against any kind of discrimination and exclusion. We don’t accept communication based on principles of chauvinism and nationalism. We disapprove racist remarks and downplaying of historic and current fascist violence. We oppose any kind of exclusion and the related structural and physical violence.

Stay calm, and be excellent to each other!