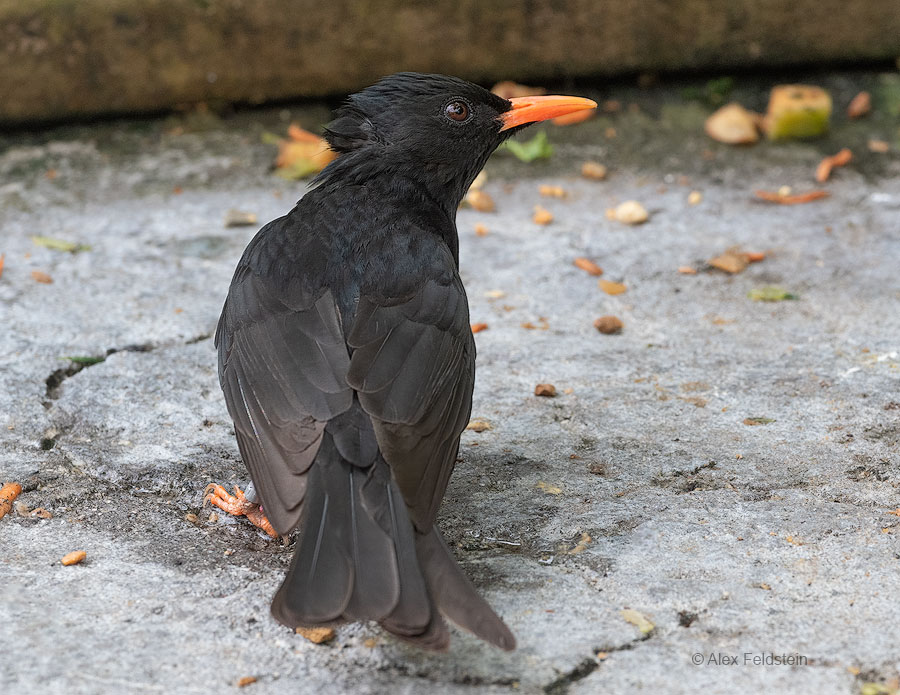 Photo of the Day
(from my daily blog)

Photo of the Day
(from my daily blog) 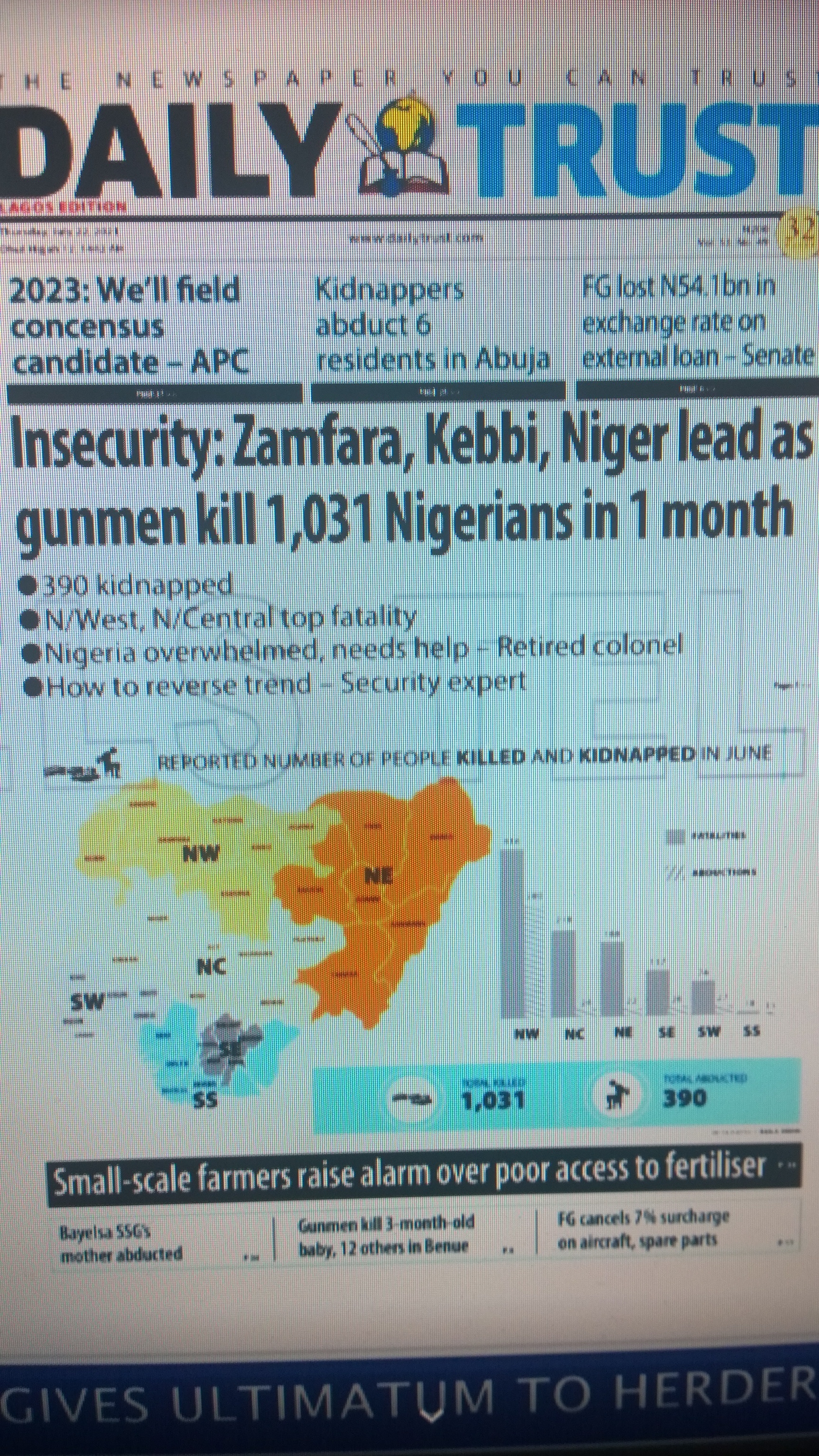 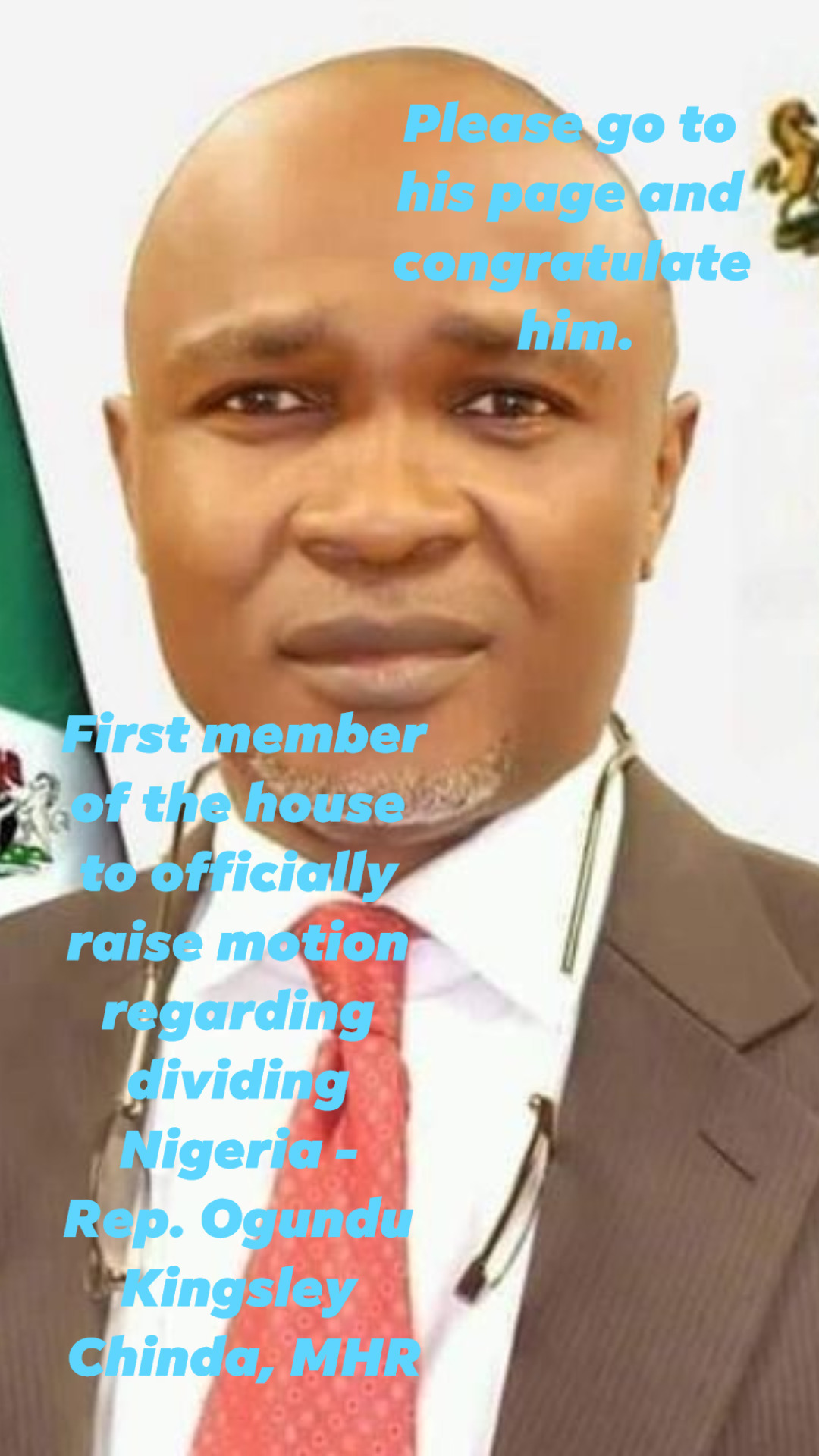 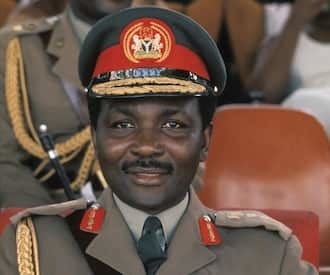 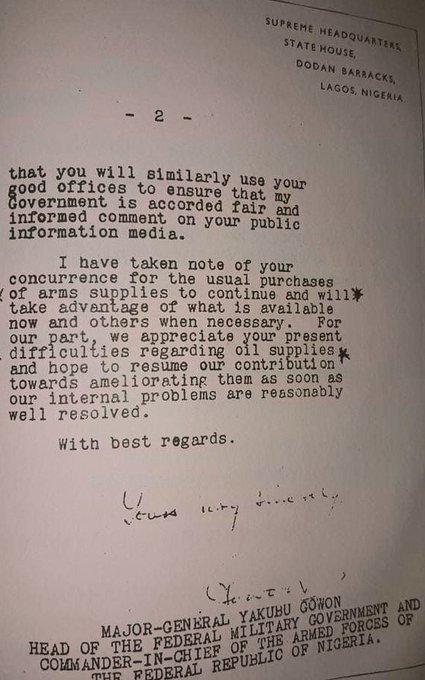 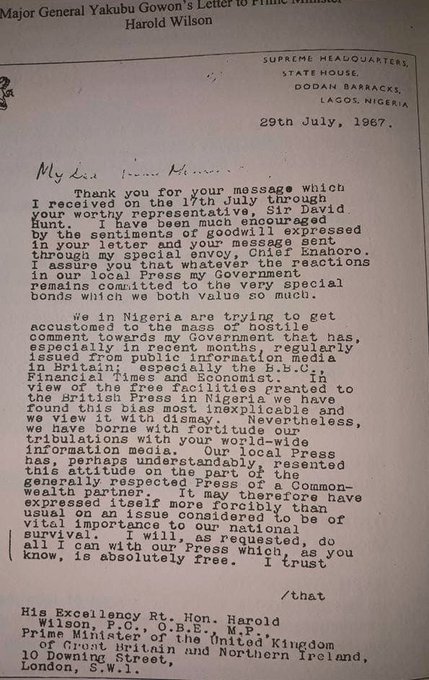 HarIGWEBIKEMegiddo 2 months ago
In regards to the constant rampant kidnappings in the Northern part of Nigeria this is happening due to the fact that a whole Police Division of 200 Officers gets if they are fortunate a paltry 30k Naira every quarter for maintenance and costs. Also the number of vehicles owned is usually less than 5. - Ex Police AIG

And the list goes on and on.
Niggeria is winning.🤷 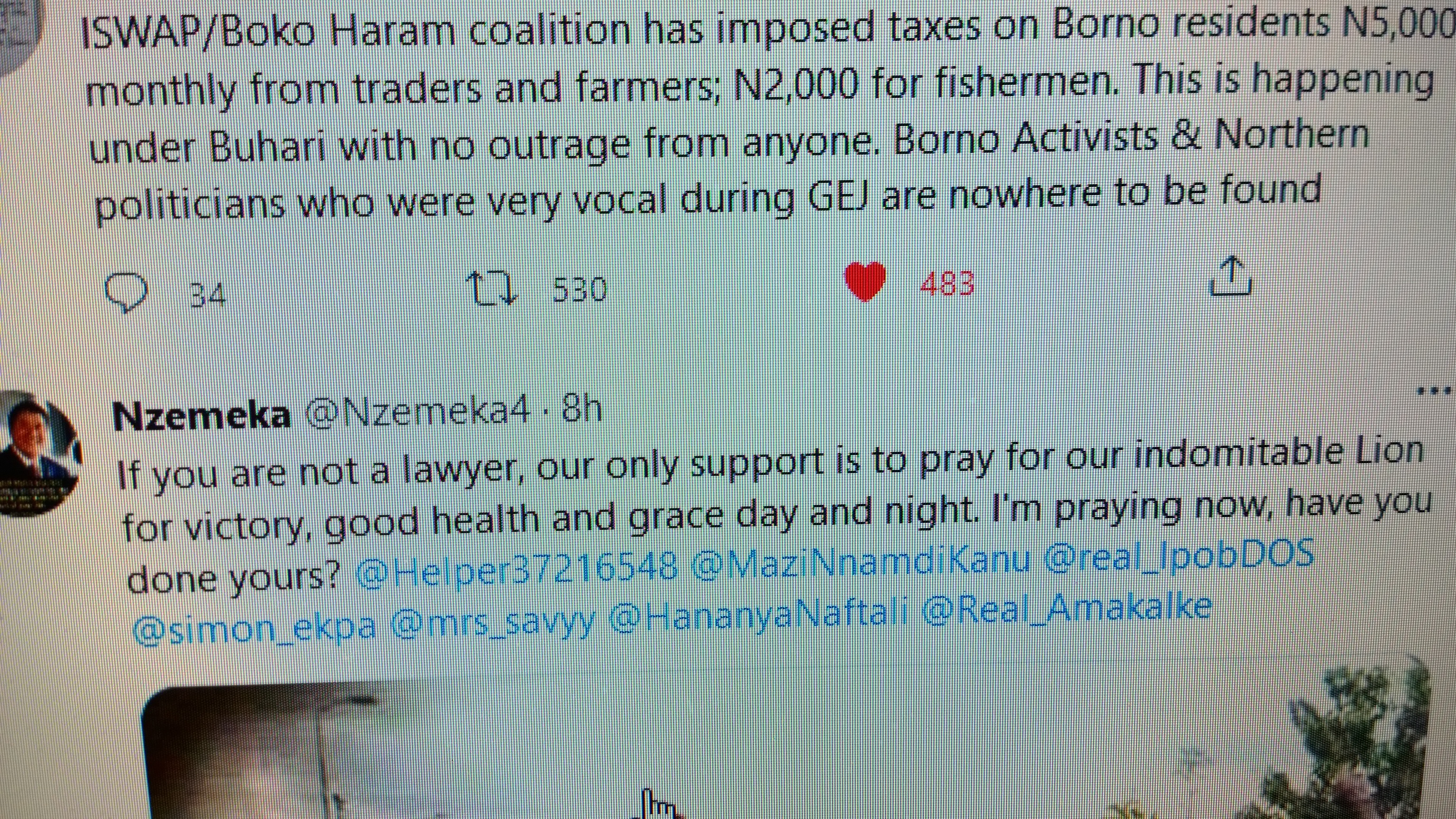 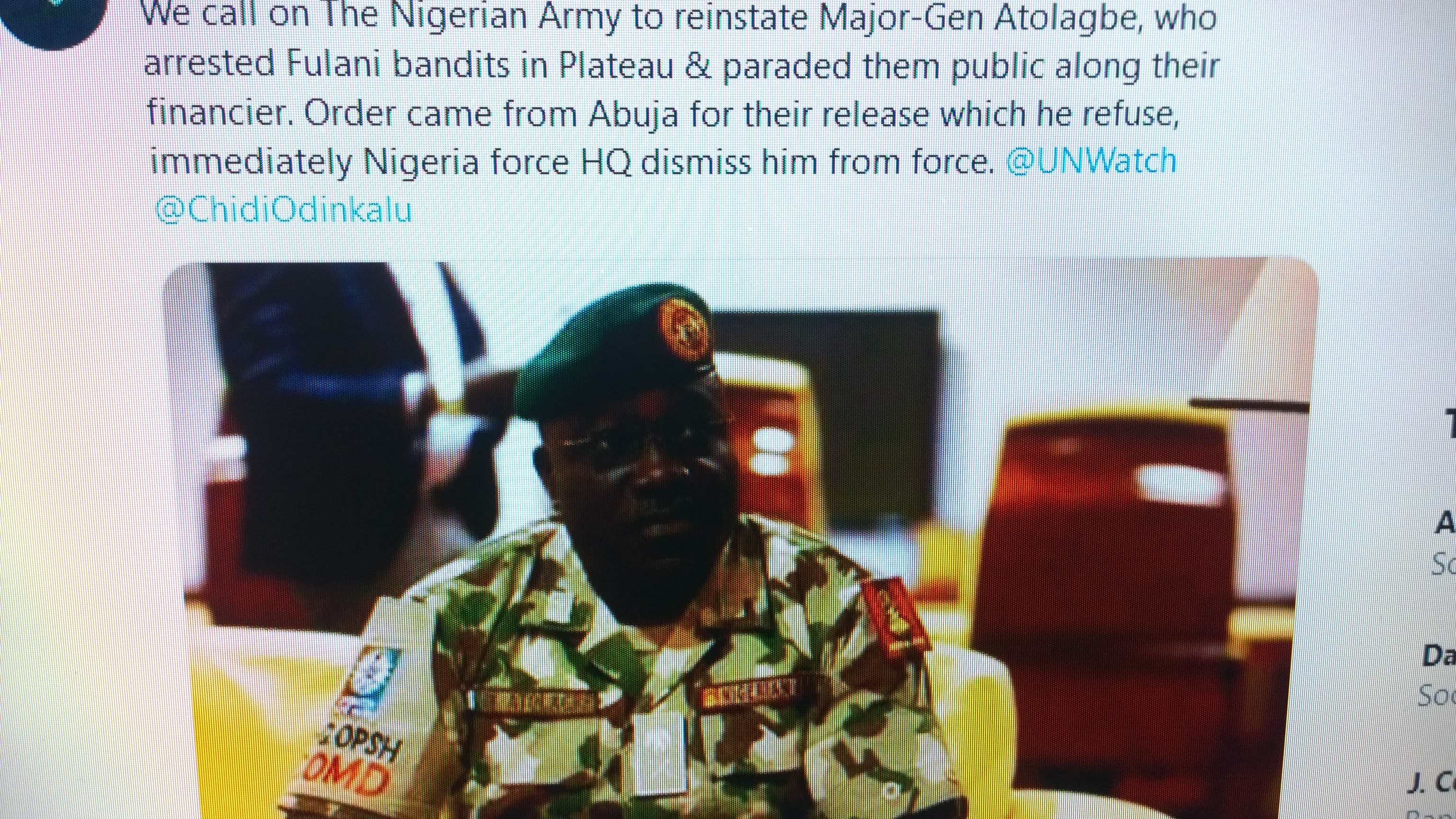 HarIGWEBIKEMegiddo 3 months ago
14 year old female killed two days ago by Nigeria Police Force in Lagos during a peaceful protest whilst going about her daily round of selling goods to cars and passers by. 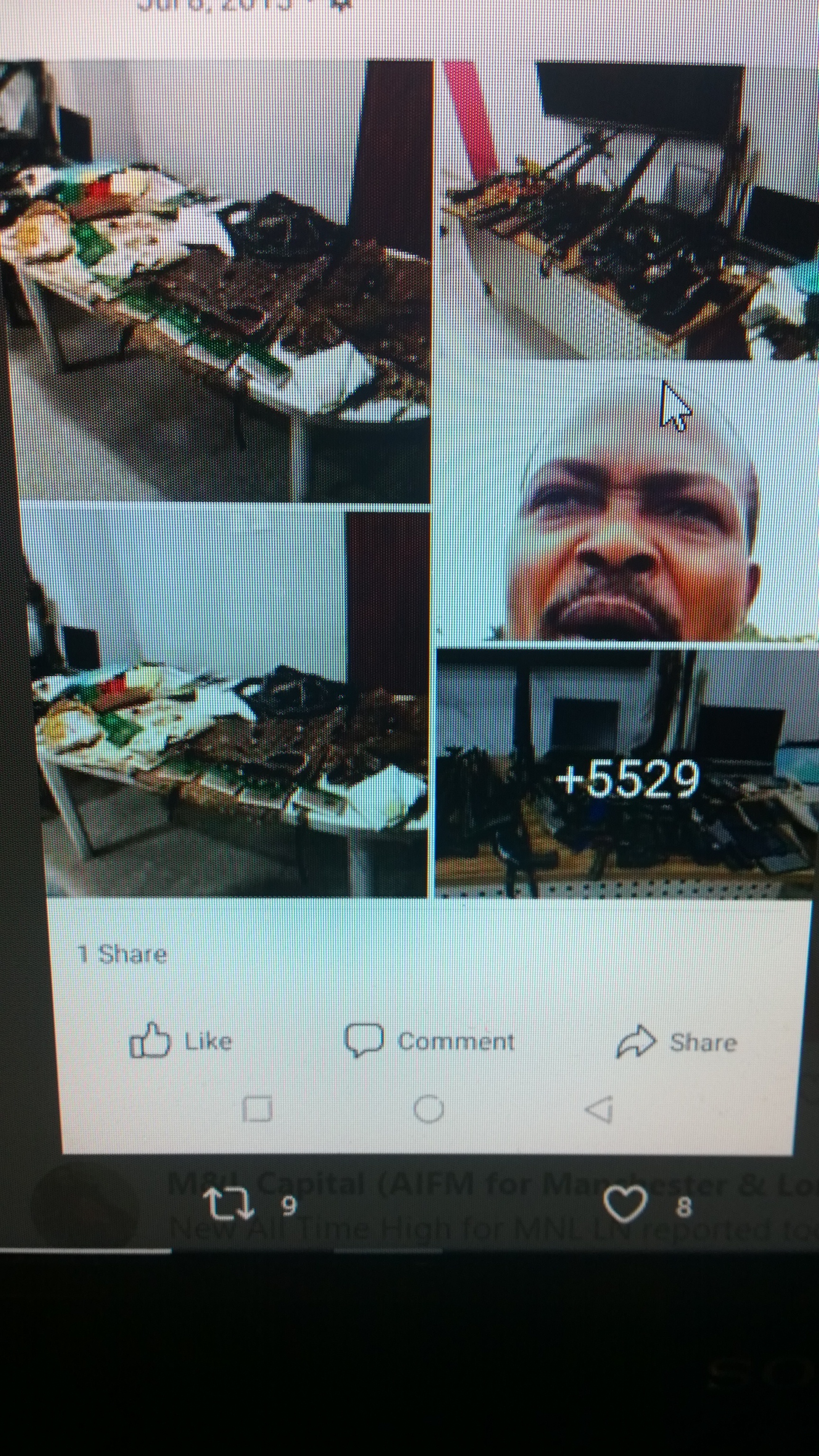 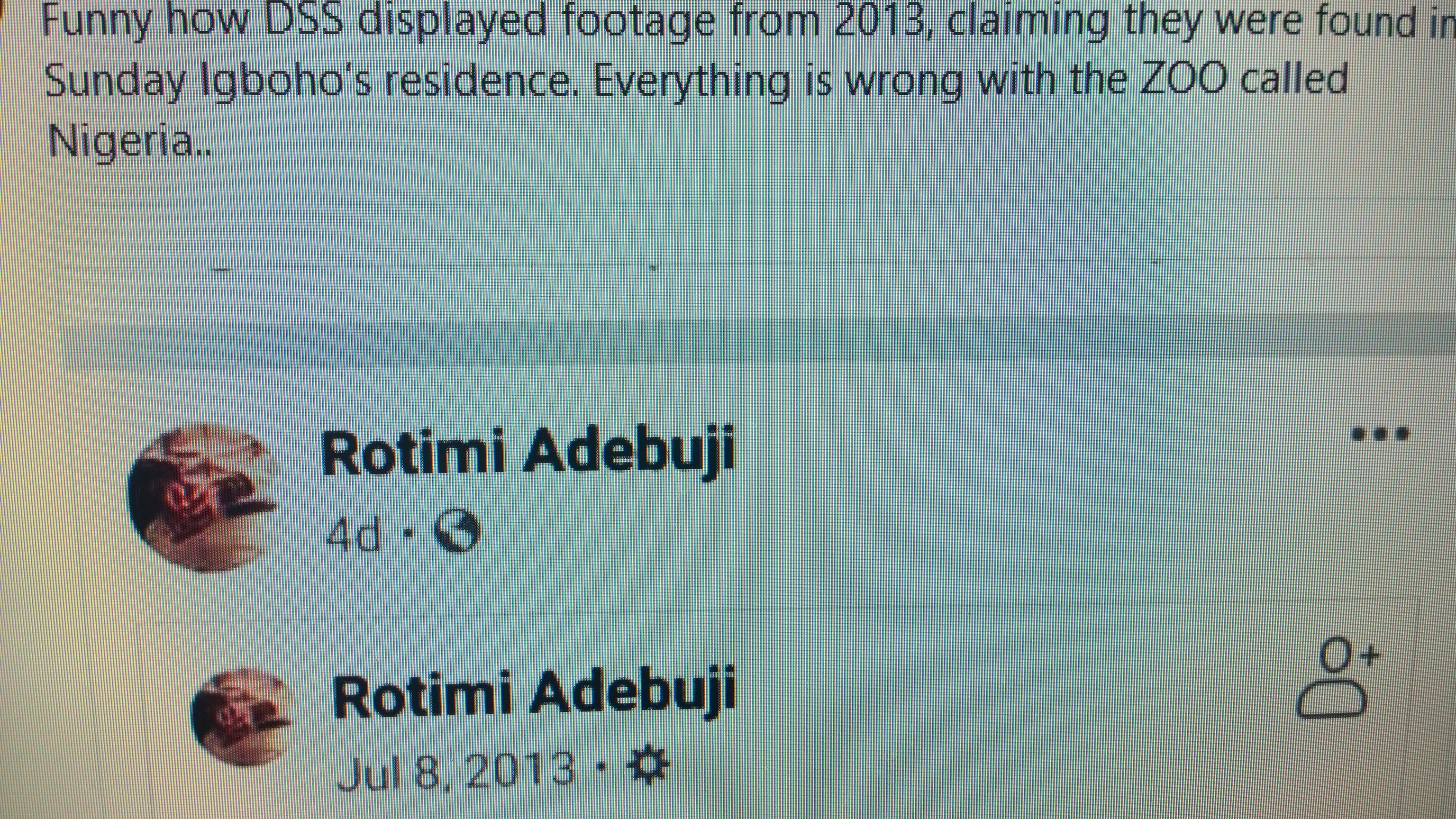 Nigeria DSS falsifying evidence after storming the Igboho property at 2am and killing 7 people; whilst abducting others including wife of the target. This was done by presenting old footage from 2013 in trying lay false accusations against Sunday Igboho the Leader of the Oduduwa self determination movement.

HarIGWEBIKEMegiddo 3 months ago
The Hausa people learnt how to smelt Iron and the like from the Nok and Ham people of Benue State in a location they named Katsina Alah; this took place 500-1000 years before the time of Christ during the Iron Age. At that time was when they learnt how to produce Guns however due to their barbarity towards one another the grace was removed and given to the Europeans - Mazi Nnamdi Kanu. 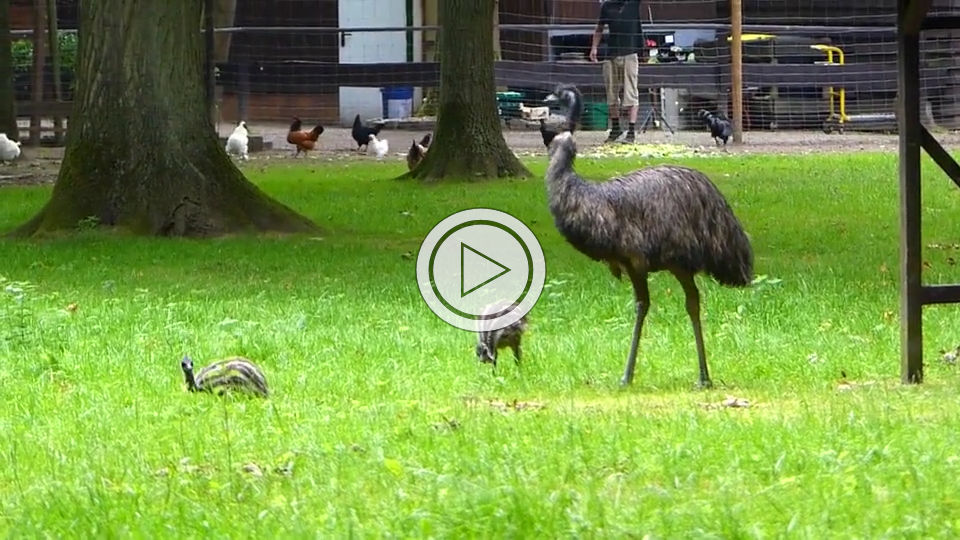 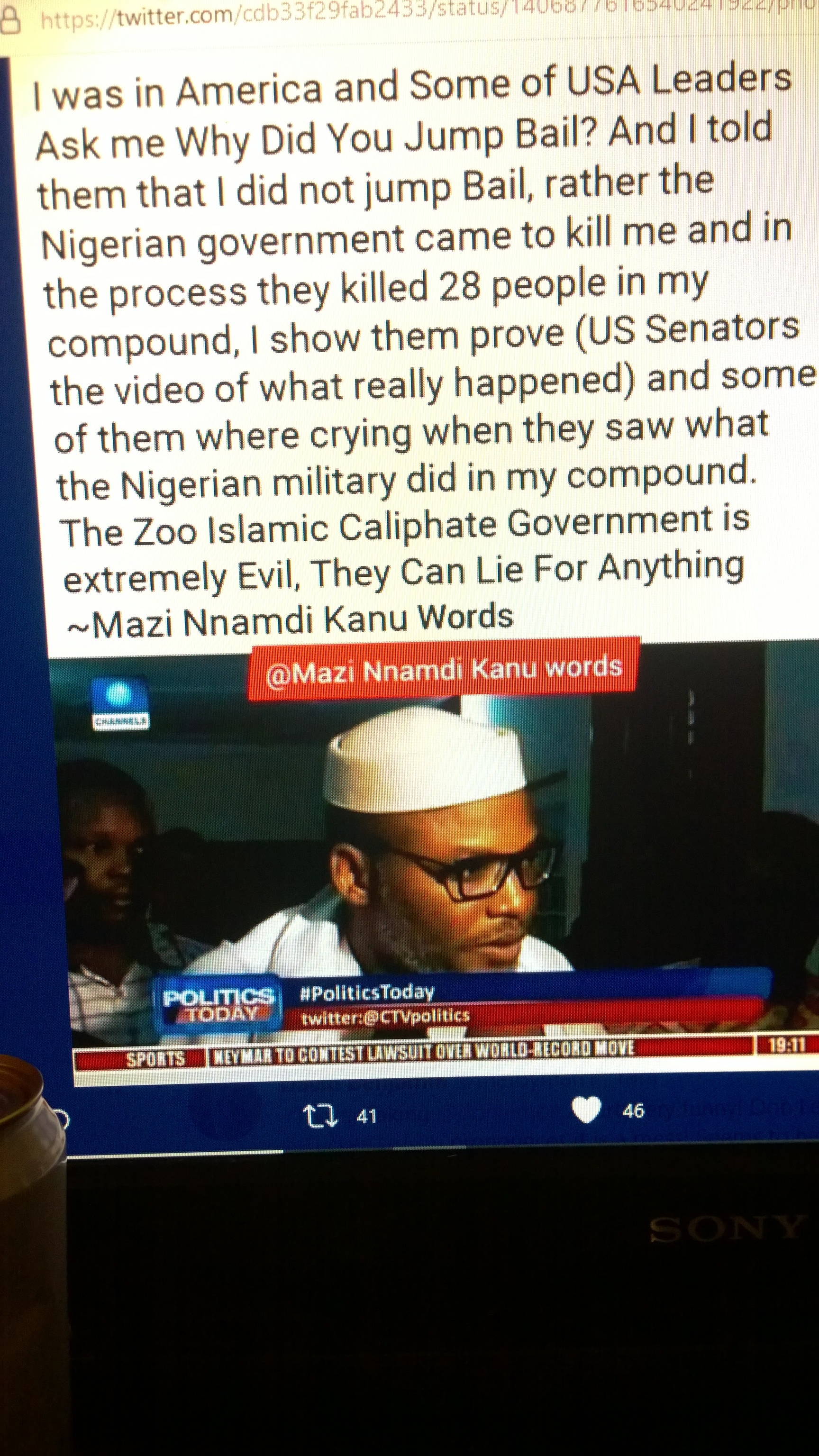 HarIGWEBIKEMegiddo 3 months ago
Please note the video is in Igbo.

HarIGWEBIKEMegiddo 3 months ago
Awolowo is the one that brought kwashiokor; death by starvation during Biafra holocoaust - MNK 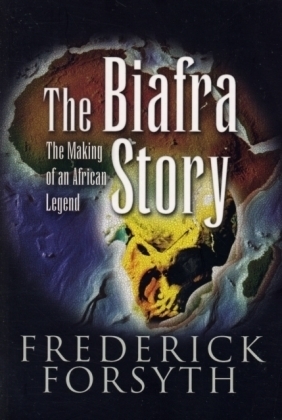 Available in online bookstores and on pdf. 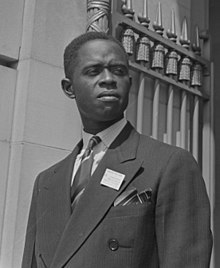 Mazi Mbonu Ojike repeatedly told Nnamdi Azikiwe through the 40's and 50's to forget the madness of one NIGGERIA and focus his energy on uniting our people - Mazi Nnamdi Kanu.

HarIGWEBIKEMegiddo 3 months ago
It all started over 300 years ago when through intense research britain realised that indeed the Biafrans were the children of the Most High - Mazi Nnamdi Kanu. 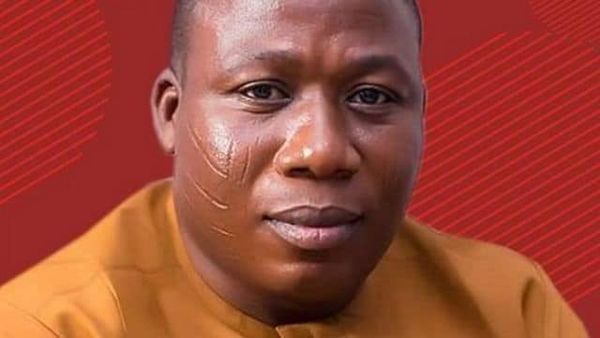 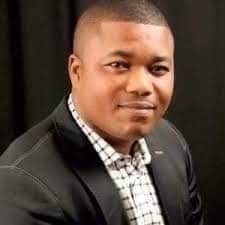 Chief Sunday Igboho has waited for days for a possible reaction from the relevant Security Agencies on the reason for the bloody and violent invasion on the Anambra state country home of Barrister Ifeanyi Ejiofor’s but all to no avail. Those that attacked his home tried to assassinate him and in the process they killed his personal assistant and several other people in his home and burnt their bodies to ashes. They did this as Barrister watched the whole episode helplessly from where he hid in his home.

For the records, Barrister ifeanyi Ejiofor is not only the lawyer to IPOB and Mazi Nnamdi Kanu but also lawyer to our leader Chief Sunday Adeyemo and our group. He is also a personal lawyer to our dear brother and highly respected Uncle, Chief Femi Fani Kayode, former Minister of Aviation and he is a friend and supporter of the sons and daughters of Oduduwa. On many occasions he has stood for us and our members and today we are standing for him. We have said it before and we say it again that any attack on IPOB or the people of the East is an attack on us. We stand shoulder to shoulder with them in this battle.

It is on the strength of these hard facts that we wish to warn the relevant Security Agencies that if anything onward happen to Barrister Ejiofor that the consequences will be serious, and no one directly or indirectly connected with this desperate hunt for an innocent life, will go scot free. We know the individuals who are funding this whole thing and we wish to put it on record that this is the second time they tried to take our lawyers life. It must be the last. Such an attempt must never happen to him again.

We demand that all Bar Ejiofor’s domestic staff that were abducted during this bloody attack on his peaceful home be released by the security agencies without further ado.
We counsel for peaceful co-existence. Let wise counsel prevail. 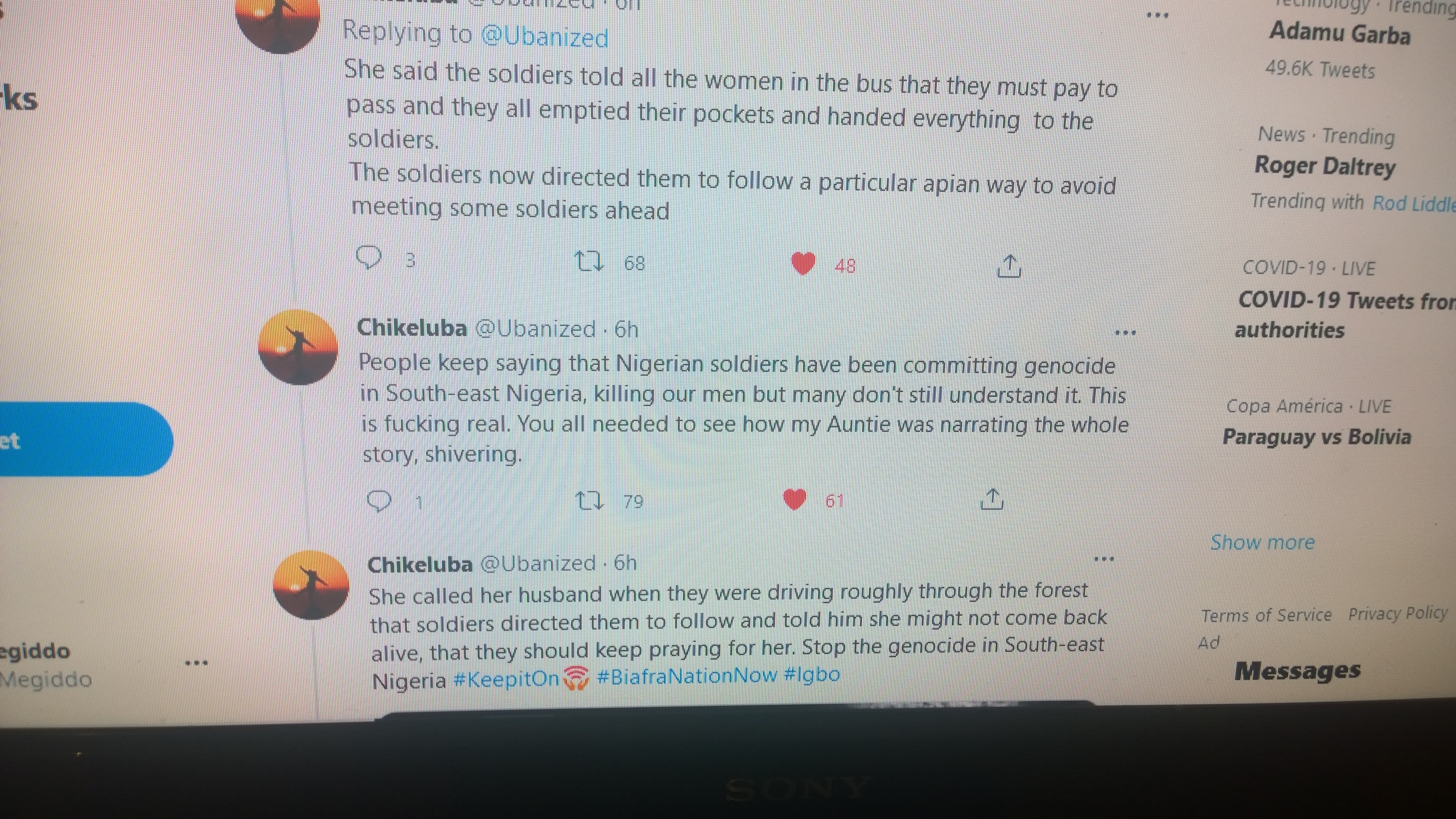 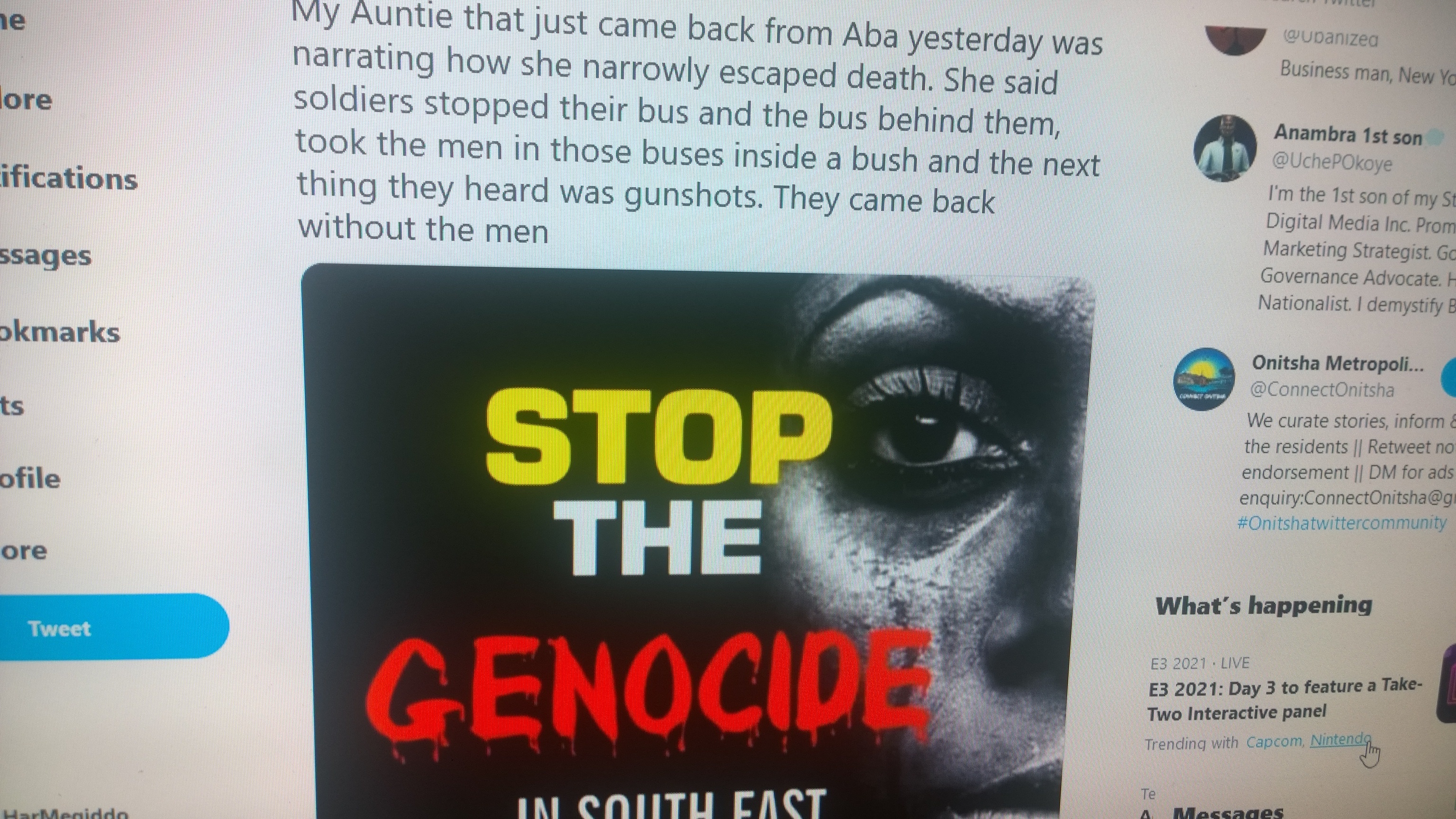 The above statement is not only fabricated but ridiculous and untenable. How could IPOB that is not armed be able to kill as many as 128 security personnel in one state? What an illogical and ridiculous claim!
This is nothing but one of the antics of our oppressors to tarnish our global reputation and whip up public sympathy. They also want to use it as a smoke screen to justify their further crackdown on IPOB and its members. .
We therefore wish to declare for the records that IPOB did not kill any security personnel in Imo or any state for that matter.

IPOB since inception, has remained a peaceful movement with the sole mandate of restoring Biafra. We have not changed our non-violent philosophy for the restoration of Biafra. If for any reason we need to change our peaceful approach, we shall make same public but for now we have not gone into arms struggle, and don't intend to.

It will be necessary again to clarify that IPOB is not, and should not be taken for 'Unknown gunmen' that have been reportedly having issues with security agencies in parts of the country especially the defunct Eastern Nigeria. IPOB should not be held responsible for the activities of a group not commissioned by us.

Importantly, the Eastern Security Network ESN set up in December 2020 has no relationship whatsoever with the unknown gunmen. ESN was a child of circumstance established to resist the Killer herdsmen rampaging our communities. ESN operatives are in the forests where they are keeping their appointments with those invading our ancestral land.

We therefore wish to tell the world that neither IPOB nor ESN is involved in any attack against security personnel in Imo or any part of the country. The Nigerian Army and other security agencies are only desperately looking for how to incriminate IPOB and ESN to justify their continued extra-judicial killings of our members.

The world should prevail on the Nigeria security agencies to stop the ongoing house to house abductions of innocent youths in Biafra land who they label unknown gunmen and later kill without trial. This atrocity must stop! 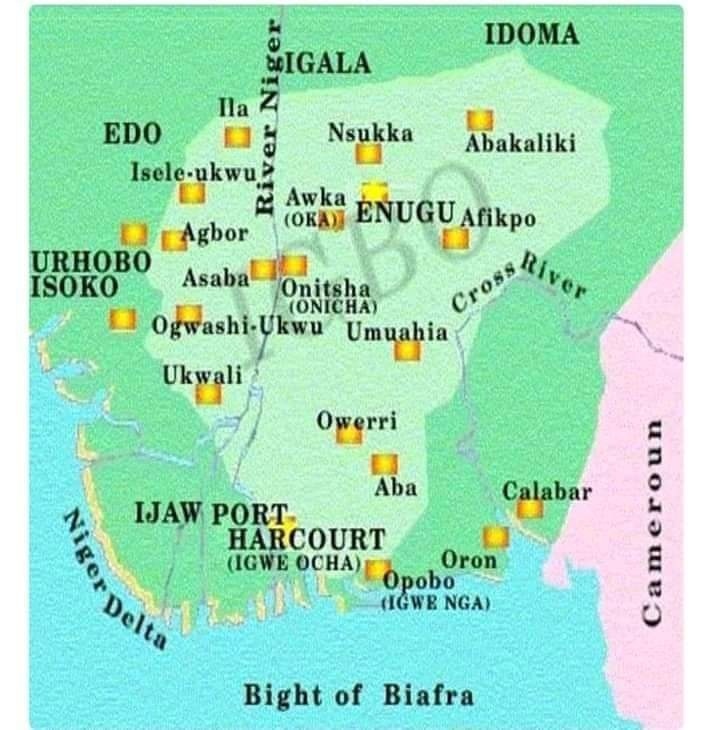 We are all one; no such thing as Niger Delta, Cross river, Delta State as these names are meaningless and created by the British who were simply following the example began by Emperor Hadrian of Rome after he conquered Israel and changed the name to Palestine in utter disregard of Biafran Tradition and to help in their cause of eliminating the Igbo race. 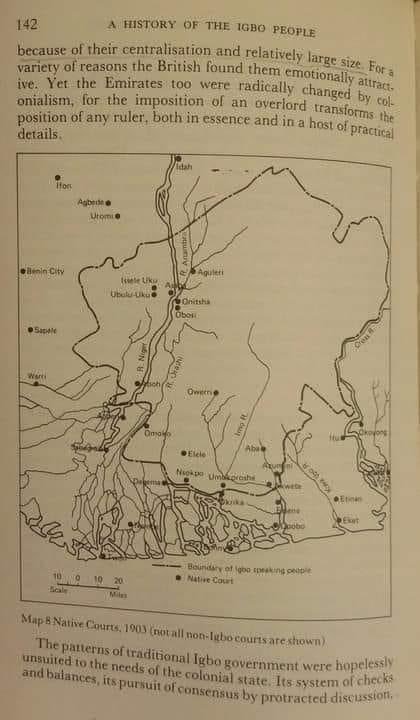 Map of Biafra from 1903 before Niggeria was created by the British showing clearly it encompasses an area of land much greater than the current proposed 5 states.

HarIGWEBIKEMegiddo 3 months ago
Genocide In Eastern Nigeria: 350 Killed In 160 Days, 600 Missing, 2500 Abducted Or Arrested By Soldiers, Police, and others;150 Igbo Christians killed by Jihadist Fulani Herdsmen in 160 days or since January 2021 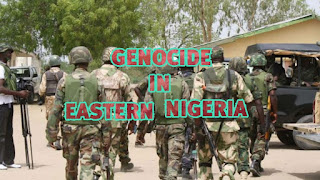 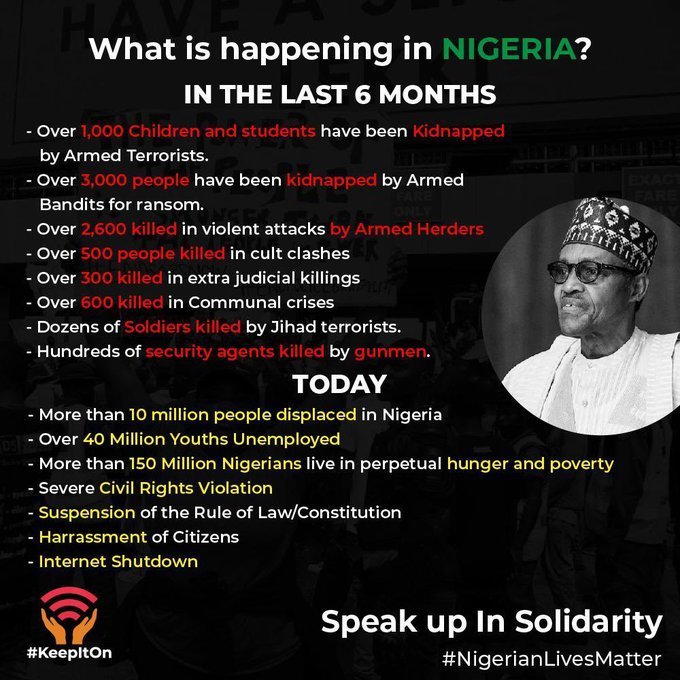 HarIGWEBIKEMegiddo 3 months ago
Over 600 civilians killed in the past commencement of the week beginning Sunday 6th June 2021 in Niggeria with the latest being on Friday June 11th 2021 when 90 were slaughtered by armed Fulani terrorists on Motorcyles in Zamfara State. And the full week is not completed yet!

HarIGWEBIKEMegiddo 3 months ago
Security agencies in Nigeria in their quest to unmask Unknown Gunmen, IPOB(Indigenous People Of Biafra) members, and ESN(Eastern Security Network - Defence Force) recruits are unwittingly if you're fortunate arresting and if not killing innocent civilians and tagging them as one of 3 previously named entities however IPOB and ESN are peaceful organisations with the former being the political wing and the latter been the Security wing. Unknown gunmen as the name suggests are unknown individuals who carry out violent operations against the State architecture whether it's the Police Station, Electoral office, or a Correctional facility. Here is another case from the relative of a victim.

HarIGWEBIKEMegiddo 3 months ago
Many years back i asked Biafrans in America to donate 1$ each for the procurement of arms to protect our land from Fulani Terrorists and was rejected; now look at the mess we are in today - Mazi Nnamdi Kanu.

HarIGWEBIKEMegiddo 3 months ago
Osinbanjo the Vice President was shot in the head and buried in place of Abba Kyari - Mazi Nnamdi Kanu.