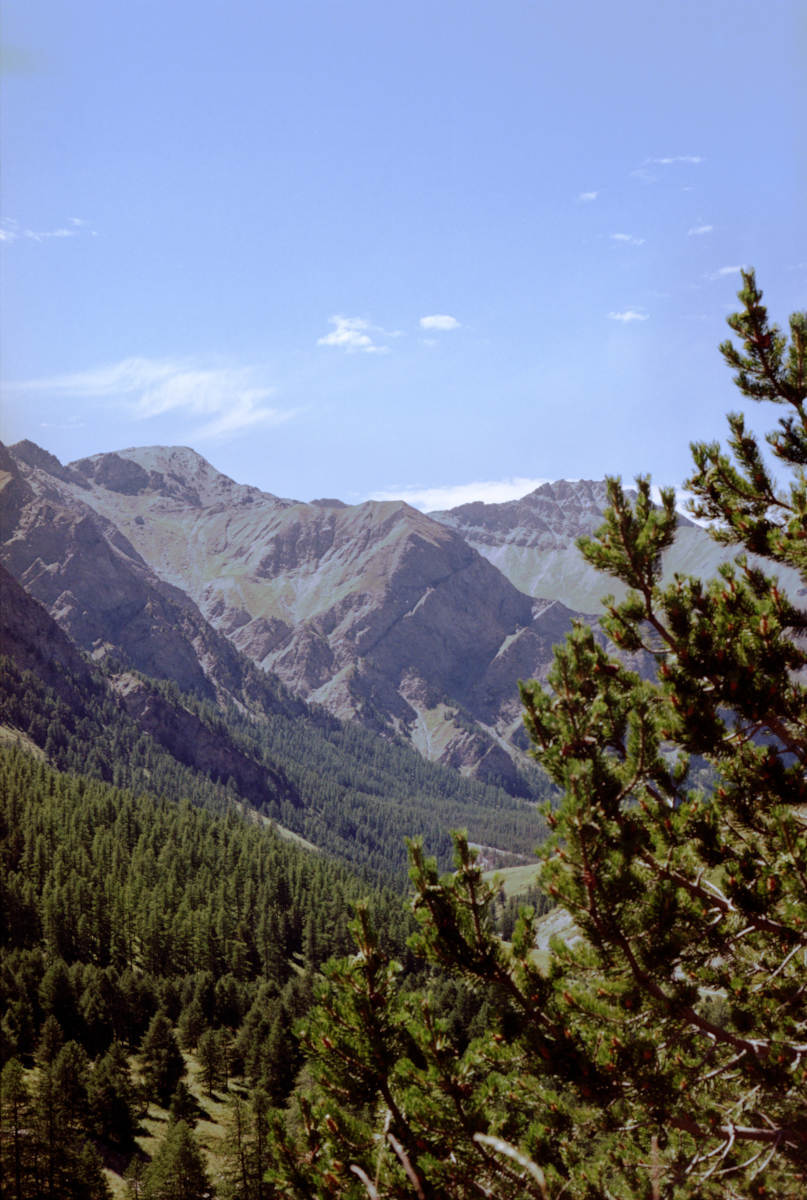 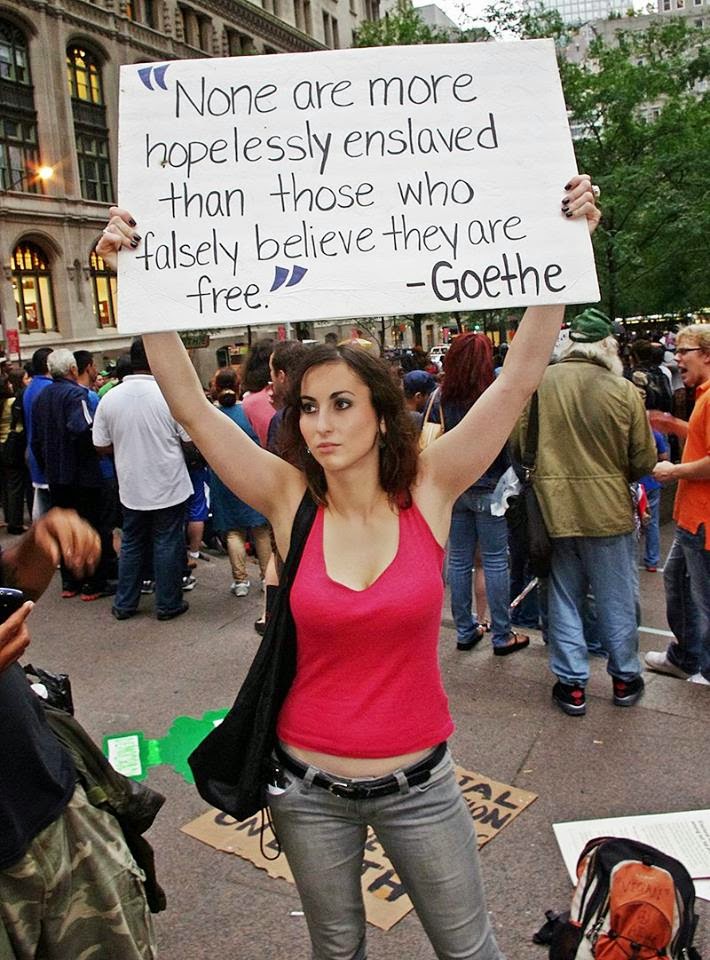 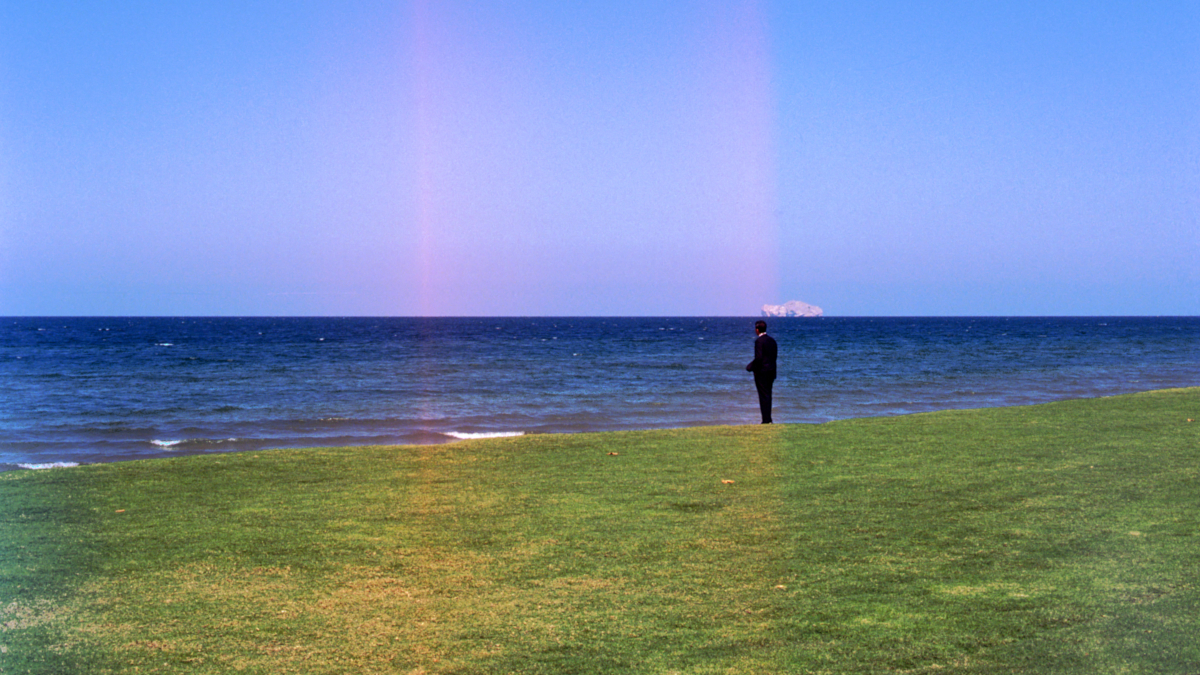 Youhou, I won the Goethe Institut photo contest with that photo :) 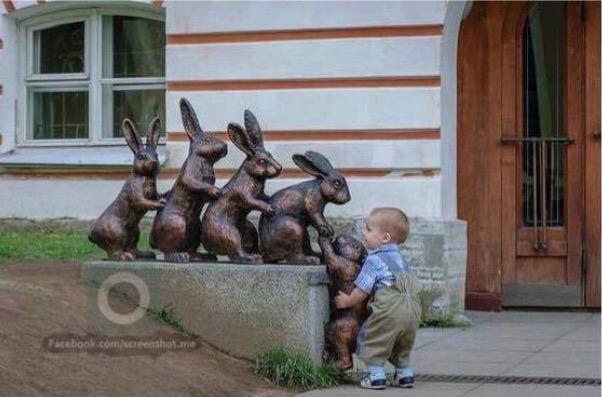 Erwin Müller 2 years ago
@Vladimir, @Passagier 451
I am the only one authorized to translate #Faust.

MARGARETE.
Then you don't believe?
FAUST.
Do not mistake me, sweetest light!
Who may name him,
who profess:
I believe in Him?
The All-Enfolding,
All-Sustaining,
does He not uphold and keep
you, me, Himself?
Do you not see the vaulted skies above?
Is our earth not firmly set below?
Do not everlasting stars rise up
to show their friendly light?
Is my gaze not deeply locked in yours,
and don't you feel your being
surging to your head and heart,
weaving in perennial mystery
invisibly and visible in you?
Fill your heart to overflowing,
and when you feel profoundest bliss,
then call it what you will:
Good fortune! Heart! Love! or God!
I have no name for it!
Feeling is all;
the name is sound and smoke,
beclouding Heaven’s glow.
MARGARET.
All this is well and good;
the priest says pretty much the same as you;
though he says it differently.
FAUST.
They say it everywhere,
all hearts beneath the skies,
each in his tongue and way;
why I not in mine?
MARGARET.
When you say it so, it seems all right,
and yet there's something wrong;
you have no propper Christian faith.
FAUST.
Dear child!

How differently the spirit's higher plesures
buoy us up through many books and pages!
Those wintry nights hold charm and beauty,
a blessed life warms every limb,
and ah! when we unroll a precious parchment,
the very skies come down to us.
Faust.
You're conscious only of a single drive;
oh, do not seek to know the other passion!
Two souls, alas, dwell in my breast,
each seeks to rule without the other.
The one with robust love's desires
clings to the world with all its might,
the other fiercely rises from the dust
to reach sublime ancestral regions.
Copyright © for the literary translation: Peter Salm
#FaustByGoethe
@Vladimir #Goethe #Faust #FaustByGoethe

Erwin Müller 2 years ago
The mouse is gray - Who would ask questions in so sweet an hour?

Erwin Müller 2 years ago
Sorry, @Vladimir.
Beim Himmel, dieses Kind ist schön!
So etwas hab ich nie gesehn.
Sie ist so sitt- und tugendreich,
Und etwas schnippisch(link-isch/linkisch) doch zugleich.
Der Lippe Rot, der Wange Licht,
Die Tage der Welt vergeß ich's nicht!
Wie sie die Augen niederschlägt,
Hat tief sich in mein Herz geprägt;
Wie sie kurz angebunden war,
Das ist nun zum Entzücken gar!
#Goethe, #Faust I, Vers 2609 ff.
My God, this child is beautiful!
I've never seen the like of it.
She is so proper and so virtuos,
and yet a little snippy too.
The red of her lips, the light of her face,
will be forever in my mind!
The way she shyly drops her eyes
it stamped profoundly in my heart.
How pert and curt she was with me-
a sheer delight, an ecstacy!
Copyright © for the artistic translation: Peter Salm

Did not I say that nicely, @Baskin Robbins, @tomgrz?
I think @Vladimir is already learning German or he is already speaking it.

Erwin Müller 2 years ago
@Vladimir Just as you can imagine that a hotel has an infinite number of rooms, you can imagine that an infinite number of guests live in it.
Both sets would have the cardinality of the natural numbers IN,
ℵ₀ (aleph 0 /aleph-naught). Georg Cantor, the creator of set theory, dealt with it.
But he lived after Goethe.
The differential and integral calculus were developed before Goethe independently by Leibnitz and Newton. But I do not know whether Goethe already knew the mathematical term infinity (∞).
But Goethe does not seem to have studied mathematics:
Habe nun, ach! Philosophie,
Juristerei und Medizin,
Und leider auch Theologie!
Durchaus studiert mit heißem Bemühn.
Da steh ich nun, ich armer Tor!
Und bin so klug als wie zuvor;
#Goethe, #Faust I, Vers355 ff.
Alas, I have studied philosophy,
the law as well medicine,
and to my sorrow, theology;
studied them well with ardent zeal,
yet here I am, a wretched fool,
no wiser than I was before.
Copyright © for the artistic translation: Peter Salm

PS: Would @Bookie had lived in the Hilbert space, we both would have met there.
#FaustByGoethe
#Goethe #Faust @Bookie #FaustByGoethe

Erwin Müller 2 years ago
Angela Merkel likes to eat “Old Sausage” (“Alte Wurst” / “Ahle Worscht”),
as in North Hesse and Thuringia it used to be made by nearly every family.
It is like salami, but much better. 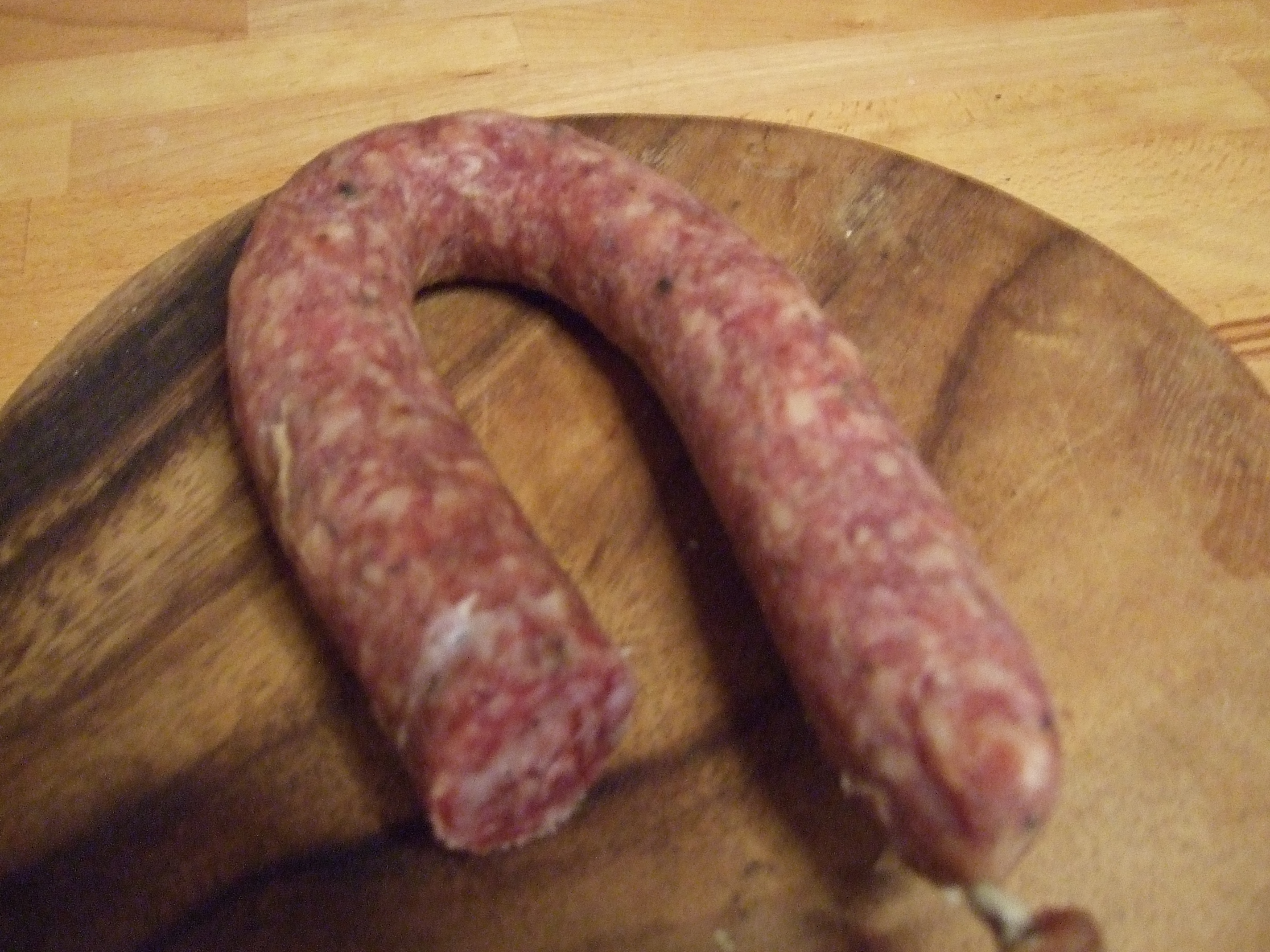 This is the only thing I share with Angela Merkel - politically.
Why didn’t you first ask me what Angela Merkel likes to eat @Bookie?

Erwin Müller 2 years ago
Nimm dich in Acht vor ihren schönen Haaren,
Vor diesem Schmuck, mit dem sie einzig prangt.
Wenn sie damit den jungen Mann erlangt,
So lässt sie ihn so bald nicht wieder fahren.
#Goethe, #Faust I, #Walpurgisnacht Vers 4120 ff.
Be on guard against her loveley hair,
against adornment that outshine all others.
When a man is tangled in its toils,
Lilith will not lightly let him go.
Copyright © for the artistic translation: Peter Salm
Lilith, the first of Adam's wives, left Adam and mated
with demons. A female demon believed to have sexual
intercourse with sleeping men.

I think the witch is running a high fever.
Translated by Peter Salm

You see, with this potion in the belly,
Soon Helenen (Mona Lisa) in every women.
#Goethe #Faust